"Before and After," by Greg Johnson

It was a challenge getting the BEFOREs in the top half and the AFTERs in the bottom half to match the title.  Having BEFORE and AFTER across the middle was David's idea.  It took awhile to get the fill with a fifth themer added.  Plenty of before and after phrases—I tried to choose ones that weren't so common they were predictable. 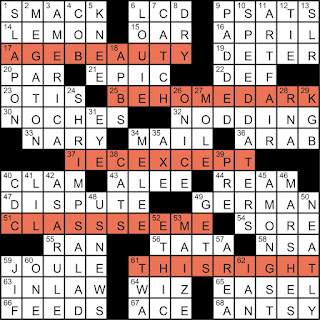